Robot Journalism – We should not be afraid

Robot journalism or automation is becoming an important part of news production. It speeds up news production and generates a vast amount of content in a matter of sector to be distributed and consumed in print and online. However, we know little about how news automation work and its implication on ethics and quality of journalism, as well as the impact on human journalists.

These questions were explored in a workshop organized by the European Federation of Journalists (EFJ) within the framework of the Media Road project on 5 June in Lisbon, Portugal. The workshop was attended by around 40 participants from across Europe, including journalists, academics, media and journalists’ representatives.

Opening the workshop, Ricardo Gutierrez, EFJ General Secretary said, “As journalists, we are not afraid of robot journalists. We should take advantage of what it can offer to journalists and readers while taking an active part in its development.”

Agata Patecka, project manager of the Media Road project introduced the background of the project and its aims.

During the first panel on “Who and where are robot journalists? How does automated content work?”, experts agreed that robot journalism is a reality already in the newsroom and its role is becoming more important as it produces news faster and in higher quantitive. 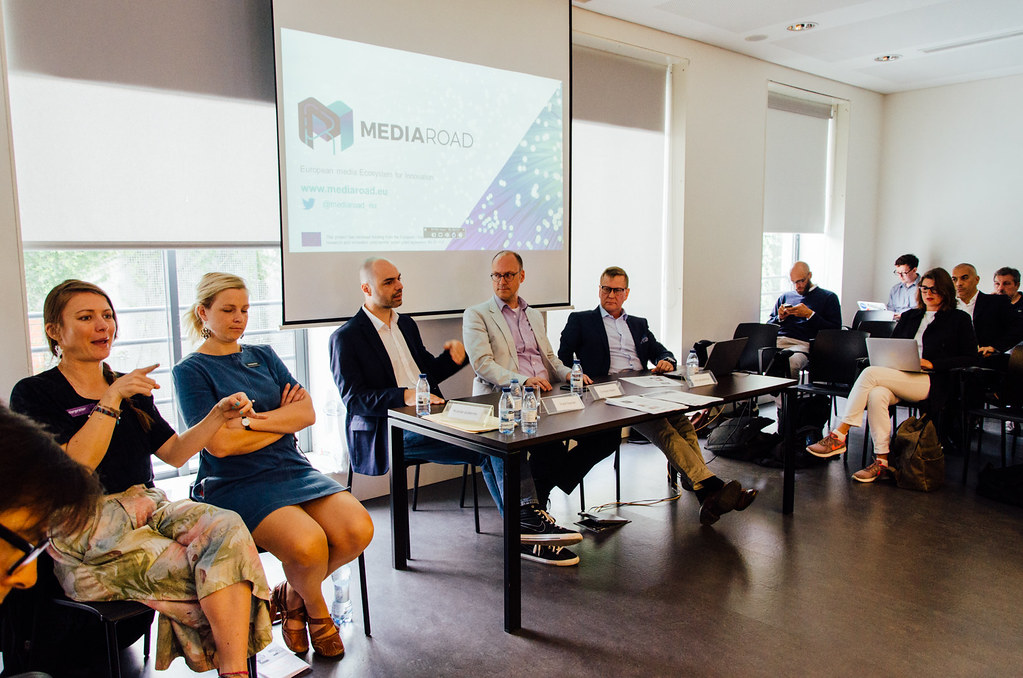 Frank Feulner, Developer of AX Semantics, explained the product his company developed for media organizations and news agency to produce automated content and how it can help journalists in their job by freeing their time for the mundane task. He said, “Robot journalist can free the time of journalists from doing a mundane task and give them more time to investigative journalism.” He also explains that robot journalism can easily adapt to human request and improve in their reporting and can produce content in different languages. Nevertheless, he emphasized that robot journalists cannot replace the human aspect of journalism such as the element of irony, humor, and emotion cannot be taught to robot yet.

Atte Jääskeläinen, former director of News and Current Affairs at the Finnish Broadcasting Company YLE shared the robot journalism project Voitto created by the YLE. He said, “In certain ways, a robot is doing a better job than real journalists. The most important part is the algorithm, which decides what readers read and what they receive. This makes the news personalized.”

Christian Radler, Project Manager, ARD-aktuell, introduced a future project ARD is working on. He said that robot journalism is not just about text, it can work on a more complex format such as audio and video which open new possibilities. Journalists have a mixed reaction to robot journalism, some embraced it with open minds and some are skeptical about it. He said, “Innovation always involves risk-taking.” 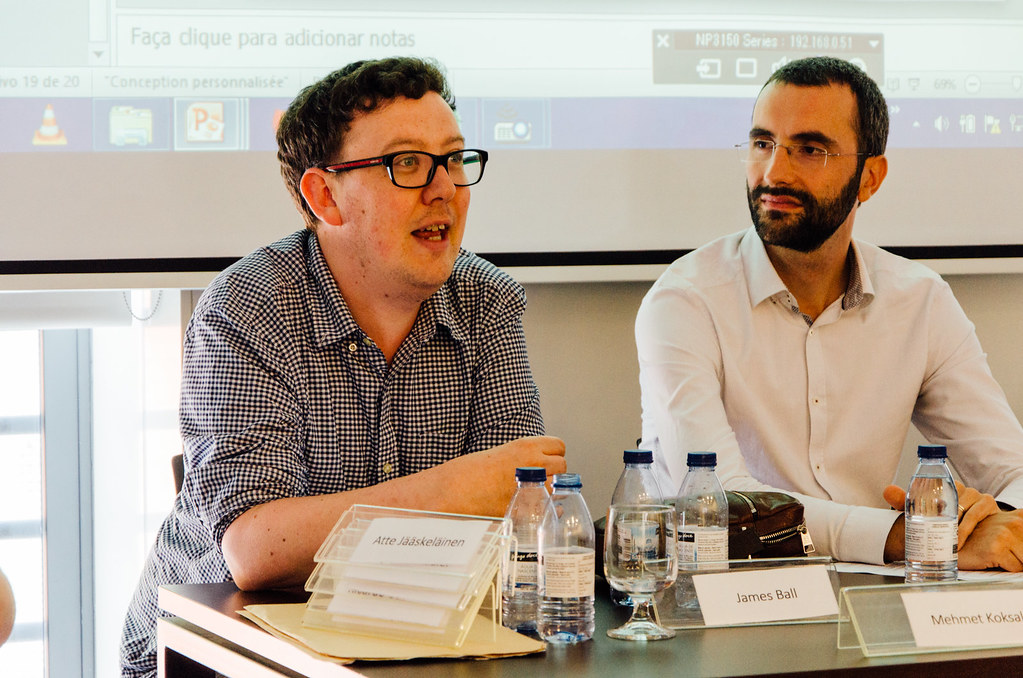 Nicolas Becquet, the digital manager for the Belgian French-speaking press, L’Echo, described how the new automation project called “QuoteBot”. They developed can help free up the time of journalists to do a mundane task such as collecting daily economic data and writing the similar articles based on the data every day. QuoteBot collects the data daily and produces personalized content automatically and delivered them to its readers. It is a project developed by the editors and journalists together with IT specialists with the aims to help journalists and not replacing their works.

Laurence Dierickx, a Belgian journalist and an expert on robot journalism shared her research about the impact of news automation on journalists. Dierickx said, “Robot journalism or news automation is nothing new. It started already in the late 80s.” She quoted a study in Belgian 32% of media workers in information and communications sector will be affected (with the possibility of job losses) by news automation. Freelancers are the most fragile workers. However, new jobs will be created. She emphasized that it is not possible to predict and quantify the exact impact, whether positive or negative, on journalists.

James Ball, a British journalist working for the Guardian shared his experience in using automation. He said sometimes journalists do not realize that they are actually automizing their tasks when collecting data and put them in the excel to generate results and graphics. He said that there is certainly a positive aspect of news automation. However, there seems to be “a utopian view” about robot journalism which frees up time for journalists to do investigative and creative reporting. He emphasized that there is a danger of the machine in “deskilling” those basic skills of a journalist that is part of an essential part of the skills and experience required for investigative reporting.

The final panel on “AI, ethics and fake news – how to ensure quality journalism?”, the experts discussed ways to ensure ethics and quality in automated news content and the ethical challenges with regards to fake news. 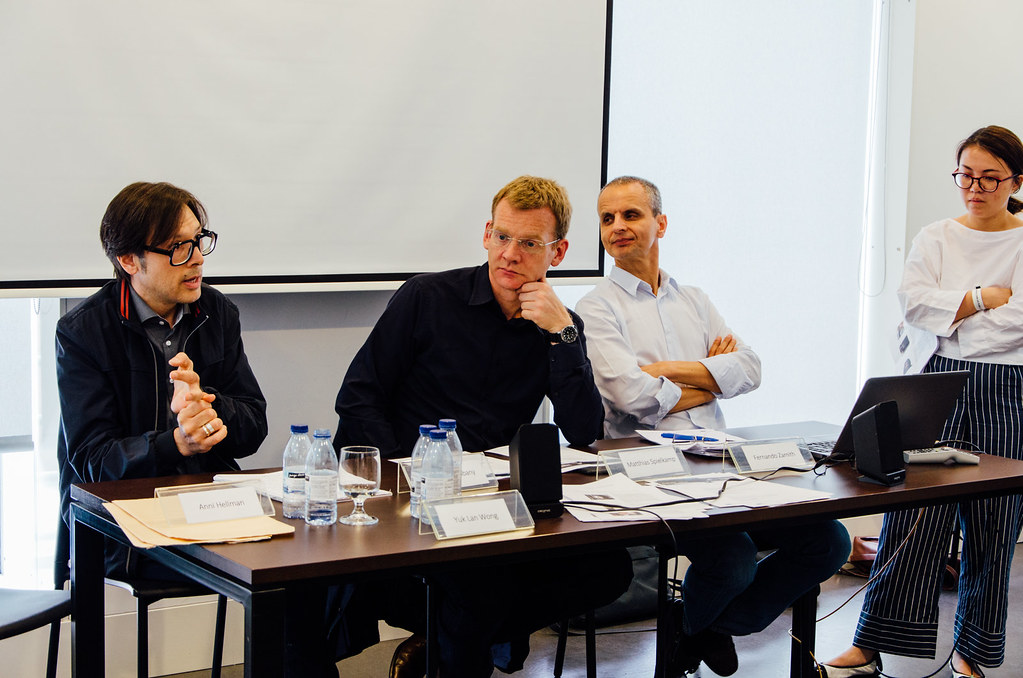 Zulfikar Abbany, a journalist at Deutsche Welle explained a project called “Truly Media“, an online verification platform to authenticate content published online.  DW also developed multi drone which is not a complete automated journalism but it allows media to take photos and videos at danger places or areas journalists cannot have access to. But media and journalists need to be aware of the limit of drones as it has to respect the privacy of citizens.  Zulfikar warned that artificial intelligence does not necessarily speed up the process, but it actually can make more fake things. He warned that every time we use the automation process, we are giving away information and feeding data to the system that we have no control over.

Matthias Spielkamp, Executive Director and founder of AlgorithmWatch explained that artificial intelligence is being used to produce fake content and it is challenging to counter it. He showed two videos as examples showing how difficult it will be in the future to differentiate between real and fake. He said, “We are entering a race with more and more fake news.” In order to counter fake news, we may need to create a fact-checking robot in the future and build stronger ethical rules.

Fernando Zamith, a former journalist, and professor of the University of Porto on cybersecurity discussed a research he conducted on robot journalism. He said the difference between robot journalists and real journalists are that both of them can provide information, however, journalists provide more than just information. He said, “Accuracy requires proper verification. Robots cannot get it right every time.”

The workshop was recorded, you can catch up at https://www.periscope.tv/EFJEUROPE/1jMJgqkkdaqKL

This site uses Akismet to reduce spam. Learn how your comment data is processed.